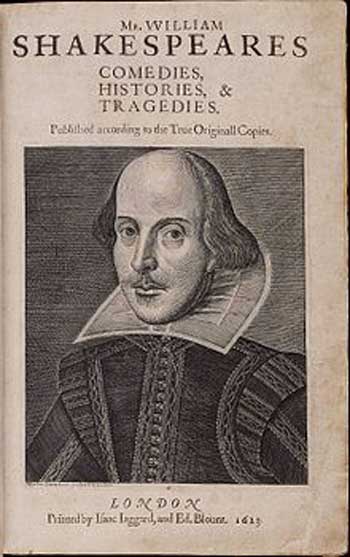 The Ludington Area Jaycees have created a new fundraiser for their organization entitled the "Stratford on the Avenue Theatre Festival". The festival will take place on Friday, August 26th-Sunday, August 28th and Friday, September 2nd-Sunday, September 4th; with performances on Fridays and Saturdays at 7pm, and Sundays at 2pm.

This outdoor theatre festival will take place at Rotary Park (formerly City Park) in downtown Ludington and will feature Shakespeare's The Tempest, to be preceeded by selections from The Girlhood of Shakespeare’s Heroines. These monologues give some of Shakespeare's most popular heroines a voice to explain their side of their stories. Attendees are welcome to bring lawn chairs and picnic blankets for the show. Ticket price will be a suggested donation of $5 per person.

Kara Rose-Dragun, a member of the Ludington Area Jaycees, is the chairperson for the event and will be directing The Tempest. Kara is a Ludington High School graduate who moved to Los Angeles after studying theatre at Western Michigan University.

She has performed in various theatre productions including Hamlet, Much Ado About Nothing, and A Midsummer Night's Dream, among others. She's also appeared on popular television shows such as Gilmore Girls, the Drew Carey Show, The West Wing and more. Kara returned to the area about two years ago and is excited to bring an outdoor theatre project to the City of Ludington. 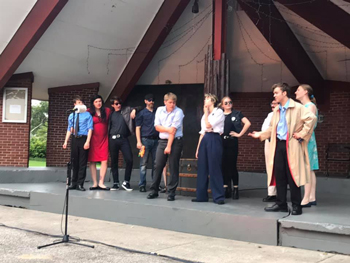 Connar Klock
Photo courtesy of
Sarah West Photography
Directing the selections from The Girlhood of Shakespeare's Heroines is Connar Klock. Connar is a 2014 graduate of Mason County Central High School and is currently an acting major at Western Michigan University. He directed Footloose! and Free to Be... You and Me with the Manistee Civic Players, and will appear in Mary Poppins this month with the group. Locally, Connar has performed in South Pacific, the Rocky Horror Show and most recently, A Midsummer Night's Dream. He received his Shakespeare training from Shakespearean actor Benjamin Reigel.

The Girlhood of Shakespeare's Heroines

For more information on the Stratford on the Avenue Theatre Festival, contact Kara Rose-Dragun at (818) 640-4649 or visit www.ludingtonareajaycees.org.


Love Shakespeare or outdoor theatre in general? Visit Frankfort in July and August for the Lakeside Shakespeare Theatre Festival!