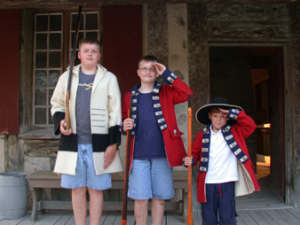 Advertisement
The 18th Century Trade Fair will feature merchants and blanket traders with 18th and 19th Century crafts, clothing and accessories. There will also be Musket Firing, Cooking and other demonstrations. Hawk and knife, archery and other competitions.

Times and Events are subject to change due to weather or other situations. Demonstrations will be going on throughout camp from 10am-8pm.


For more activities & attractions, check out these additional links for Things to Do in Northern Michigan: